While our final year costumes were being displayed at the LBT in Huddersfield, there were some rehearsals going on for a parade through the town centre celebrating the people who live and work in Yorkshire, and the many cultures they being with them. The leading West End performer/choreographer Steve Elias was rehearsing with the groups of dancers and, while on a break, stumbled across the display of costumes and decided they had to be included – what an honour!

The final parade was filmed later on and broadcast on the BBC on Tuesday 24th January 2017 as part of a series called ‘Our Dancing Town‘(see the final dance through this link on YouTube!) You can just see my costumes about half way through as they start walking down the main straight of the tour – it was a shame not to see more of them but the dancers were just so incredible!!

We had to do a small interview with Steve for the show – felt very glamorous doing the hand shake, the smile, the “hello…I’m Amy”. Although this was not actually used in the episode, it was good experience and fascinating to see what goes on behind the scenes when filming!

My original performer Julia Blair took part to celebrate the heritage of Huddersfield, and a good friend of mine picked up the mantle of John Cabal as my brother could not make it. Stephen Finn was brillant and took it in his stride, actually his costumes were in the parade too – so proud that they were so enthusiastic! 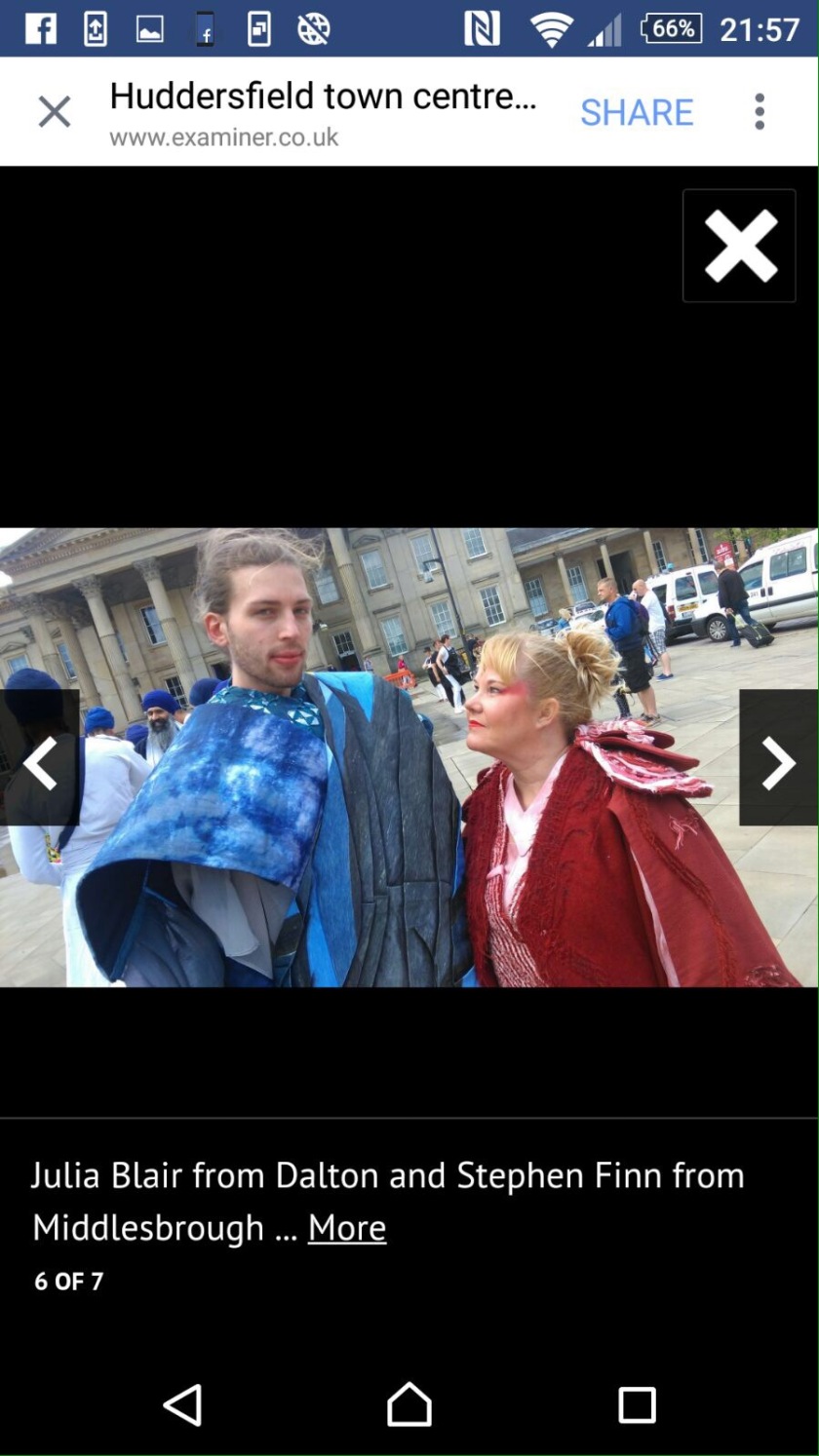 2 thoughts on “Our Dancing Town”