This placement opportunity came through at my uni and I jumped at the chance of working on a film! The only problem was finding accommodation at such short notice – I could only work 1 month in Leeds and finding somewhere proved very difficult. However, I ended up signing up to SpareRoom which had an array of different places and allowed me to filter the searches so I could find exactly what I wanted. Anyway I found a place and took myself off to Leeds! 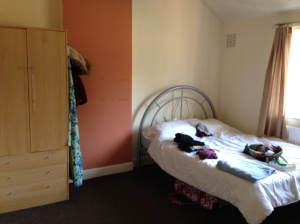 The whole thing was quite an adventure – I had only ever been to Leeds visiting galleries or le Tour de France and never imagined it would be my home for 4 weeks! When I arrived I was informed that they had to push the filming back by a week so I had time to settle in properly, find my feet and get some of my on jobs done before getting straight into it. I found that Headingley was a hubub of charity shops, cupcake cafes, barber shops and uni students!

A busy little suburb of Leeds in which I felt very safe and at home even though my house was rough and ready (no hoover, no toaster, no kettle, no dustpan and brush, no internet, not tv and a million locks and bolts on the back door!) On the brighter side, my new housemates were very lovely – a woman from a little Caribbean island who came over to teach english and a man who works with computers in the city centre from Spain.

I went to the studio, a 20 min walk from my room, and met a few people who i’ll be working with, signed all the paperwork and had the opportunity to read the script – it turned out to be a Bollywood film about an arranged marriage and the romance and drama surrounding the wedding. It’s a very sweet, sparkly and surreal story. The next part of my week was going out sourcing with Ayesha (one of the two stylists involved with the film) to find suitable costumes for the cast – I found it difficult at first because I had not seen or been a part of the design processes so it was tricky to visualise the colours and effects desired. But I felt helpful and useful as another pair of hands and eyes. And by the end of the month I was trusted to go sourcing on my own – I felt very priviledged!

I thought, since filming started on the Monday, that I would be working with the costume team on set but they wanted me to stay in Leeds and source more things for them – they clearly had run out of time and were using me as back up plan. Not that I minded – it meant I was useful – indeed, I thought I was better suited to shopping than on set because at this point I had no idea what to expect and worried that I might be more of a hindernace than a help in the thick of it! 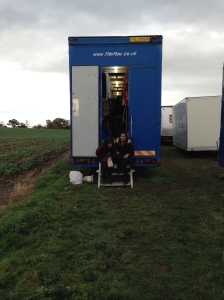 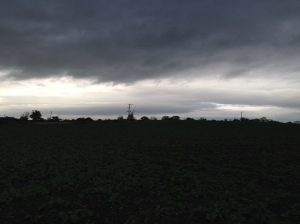 On of our bases was literally in the middle of a field!

It was tricky to coordinate with those on set because when sourcing I’d take pictures of all the options and send them to the costume team so they could make the final decision. However, often where we filmed had next to no signal so the days were long and it was hard to get answers. I now feel I know my way round Leeds Trinity centre impicably well and all the shop assistants know me and my awkward questions! For example, trying to find black, sparkly, peep toe pumps with a small heel…in winter! I was also given other interesting sourcing jobs – for example, the wanted two Geriender uniforms with the bear skin hats and it was my job to find them – this meant searching online then ringing these companies to find out all the necessary information then reporting back to Ayesha. Often I came upon glitches; like that no where hired the uniforms and hats apart from one company and they only had one. We hired one complete outfit to use and then they changed the call sheet so it was not needed, I sent it back and then a week later they suddenly needed it again! And then the costume did not arrive when it was supposed to…oh dear, it was all fine in the end but that was a very stressful day. I also had the responsibility of hiring two tail coats and wasitcoats from the West Yorkshire Playhouse costume hire, which was fun but I felt the responsibility.

So the first thing I realised when I went to set/ base was that it was exactly what I had expected – the costume van, the caterers, the toilets, the make up van, the bus, the vanity vans and the cars which take everyone to and from base and set. We normally have 12 hour days, for example 7am to 7pm, but as costume people we had to be there a few hours before to iron costumes and organise the correct shoes and jewellery, then stay a bit after to pack everything away and prepare for the next day. 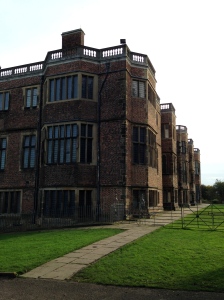 Temple Newsome was one of my first experiences one set – a beautiful old house in the heart of Yorskshire. 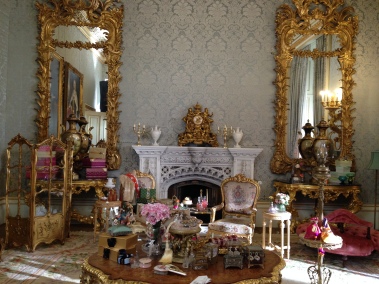 One of the interiors used – beautiful and ornate! 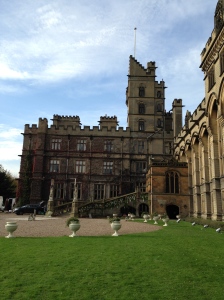 Allerton Castle, the interior and exterior were used and gorgeously decorated!

So they were long days but a lot of fun and I met a lot of new and interesting people. It was very exciting being on set, checking the costumes before the shoots, sorting out changes on set and collecting all the accessories back again. It was amazing watching the monitors and seeing how the scenes would actually look in the film, seeing the colours and how it works together. There was a lot of waiting around in the middle of the day, especially if there was only one change needed throughout the whole day. I have learnt a lot, I mean a lot – how to do and not to do things, that a costume bible is one of the most important and vital pieces of equipment, that the whole scene has to be taken into account when finding clothes for lots of actors, that mud and costumes should never ever be introduced, that laughter and friendliness go a long way, being on time and helpful are imperitive, accounts have to be done and woe betide anyone who falls behind, never to be afraid of speaking your mind and that friends can be found everywhere!